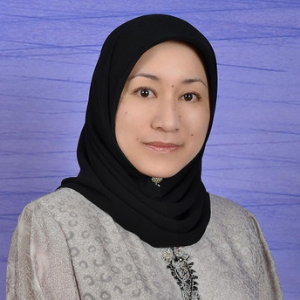 Anita was appointed as Vice Chancellor & President of the Universiti Brunei Darussalam (UBD) on 28 January 2016. Prior to this, Anita was the Deputy Permanent Secretary (Higher Education) at the Ministry of Education of Brunei Darussalam. She was appointed to this post in March 2014 and under her purview included the Brunei’s higher educational system comprising the universities, the polytechnic and technical education institutions.

Anita is a clinical academic in the field of Reproductive Medicine and Biology. She graduated from the University of Glasgow with a medical degree and holds a PhD from Imperial College, London. She trained in the field of Obstetrics and Gynecology and later worked in the IVF Wolfson Clinic, Hammersmith Hospital, London. During that time, Anita also carried out clinical and scientific research at the Institute of Reproductive and Developmental Biology. She is also member of the Royal College of Obstetricians and Gynecologists (UK). 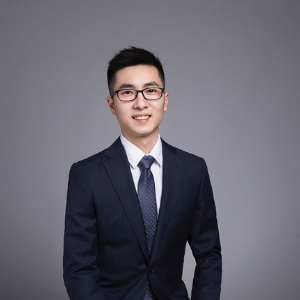 Dennis Yu joined QS in 2017 where he leads the project of QS World University Rankings By Subject. As a key contributor to rankings outputs of QS University Rankings across different types and categories, Dennis Yu has a good understanding of higher education sector. Specializing in data analysis and visualization, he also helps produce supplements and reports with data-driven insights of institutional performance and industry trends. 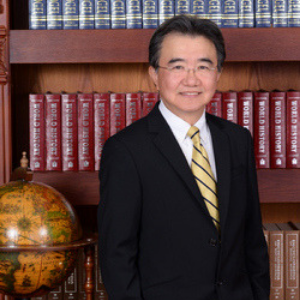 Prof Chin has extensive experience in teaching, research and leadership in higher education. He was Provost & Deputy Vice-Chancellor of The University of Hong Kong and Deputy President & Provost of The Hong Kong University of Science and Technology. Prof Chin’s research is in the areas of computer vision, image processing, and pattern recognition. He received prestigious awards such as the Presidential Young Investigator Award from the National Science Foundation, and was appointed to serve on editorial boards of top journals. His research was supported by funding bodies in the US and Hong Kong, including the NSF, NASA, etc.

Dirk Pfeiffer graduated in Veterinary Medicine at the Justus-Liebig University, Giessen, Germany in 1984. This was followed by postgraduate research towards a Dr.med.vet degree at the same university. He obtained a PhD from Massey University, New Zealand, in 1994, where he also worked as an academic for 9 years. Since 1999, he has been holding the Chair in Veterinary Epidemiology at the Royal Veterinary College (RVC), London, UK. In 2016, Dirk joined City University of Hong Kong as Chair Professor of One Health, while still maintaining a 20% appointment at RVC. Dirk has been involved in epidemiological research since 1985 working in many developing as well as developed countries around the world. Dirk has worked extensively at the science-policy interface through advisory roles for the European Union, the United Nations and several national governments. 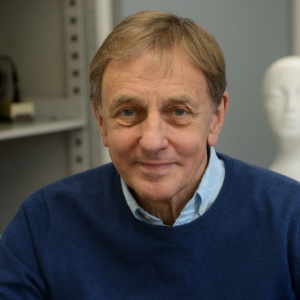 Sir Colin Blakemore is Yeung Kin Man Professor of Neuroscience at City University of Hong Kong, Emeritus Professor of Neuroscience at Oxford and Visiting Professor of Neuroscience & Philosophy at the School of Advanced Study, London. He worked in the medical schools of Cambridge and Oxford for more than 40 years and from 2003-7 he was Chief Executive of the UK Medical Research Council. His research has focused on vision, development and plasticity of the brain, and neurodegenerative disease. Colin has been President of the British Science Association, the British Neuroscience Association, the Physiological Society and the Royal Society of Biology. He is a member of 12 scientific academies, including the Royal Society and the Chinese Academy of Engineering, and his honours include both the Faraday Prize and the Ferrier Prize from the Royal Society. He has been involved in scientific advice to government and in public communication about science. 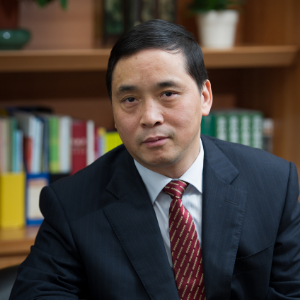 Professor Lyu Aiping is Chair Professor & Dean of School of Chinese Medicine, Hong Kong Baptist University, Director of Institute for Advancing Translational Medicine in Bone & Joint Diseases (TMBJ) of HKBU, and Chair Professor in Shanghai University of Traditional Chinese Medicine. He is the member of the 11th and 12th the National Committee of the Chinese People’s Consultative Conference (CPPCC). Prof. Lyu is also the recipient of the Distinguished Young Scholar in National Science Foundation of China (NSFC) in 2007. Besides, he also is
Member of Medical Advisory Committee of National Natural Science Foundation of China (NSFC), Member of Chinese Pharmacopoeia Commission and Vice-Chairman, Terminology of Traditional Chinese Medicine Sub-Committee, China National Committee for Terms in Sciences and Technologies (CNCTST). Also he has been appointed as Head & Spokesperson of the China Delegation, International Organization for Standardization Technical Committee on TCM (ISO/TC249) since 2009.

His research interests mainly focus on the translational research in Chinese medicine,including pharmacological and clinical evaluation on rheumatoid arthritis with traditional Chinese medicine pattern diagnosis and interventions, and development of new drugs based on Chinese medicines. Also he is actively involving the research on the standardization of Chinese medicine and strategic plan research for Chinese medicine development in China.Prof Lyu has published more than 30 books and over 500 articles, including 270 articles in SCI journals such as Nature Medicine, Nature Communication, Science Translational Medicine, Biomaterials, and Briefings in Bioinformatics. Over the years, he obtained more
than 60 patents from his research activities. Prof. Lyu has won Young and Middle-aged Experts with Outstanding Contributions (Ministry of Health of the People’s Republic of China, 2003), and Award for Outstanding Contribution to Standardization in China (2014).

Johan Yang is the Vice Rector of Student Affairs and Community Development of Bina Nusantara (BINUS) University in Jakarta, Indonesia. Having graduated from the School of Information System with a Bachelor and Master degrees from BINUS, Johan had worked in the School’s management, starting from being a Deputy Head of the School in early 2000 until becoming the Dean of the School in 2017. Throughout his leadership, he has built a close relationship with student clubs and associations. After being appointed as the Vice Rector, he oversees the monitoring and the evaluation of the BINUS student activities and well-beings as well as manages on-campus activities related to student development in both academic and non-academic aspects. BINUS’ signature community development program – Teach for Indonesia (TFI) – is also under his supervision, in which students are encouraged to participate in community outreach programs that strongly support BINUS’ vision of fostering and empowering the society.

Police Inspector General Pol. Drs. Ali Djohardi Wirogioto, S.H., M.H is the Deputy of Drug Prevention Department of the Indonesia’s National Narcotics Agency, or Badan Narkotika Nasional (BNN). BNN is a government agency that is responsible to minimise and eradicate illegal drug abuse and drug trafficking. The head of BNN reports directly to the President of Republic of Indonesia and coordinate closely with the Chief of Police. 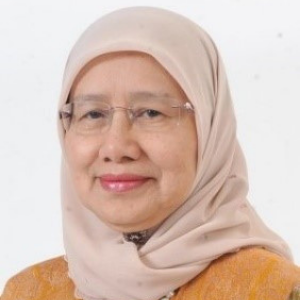 Aini has been actively involved in research related to the control of poultry diseases and development of poultry vaccines. Her research interests are in avian respiratory and immunosuppressive diseases, which have led to the commercialisation of Newcastle disease vaccine and tissue culture adapted fowl pox vaccine, in 1995 and 1996 respectively. The commercialisation of these vaccines is instrumental in the establishment of the first and the only local vaccine company in Malaysia, started as a joint venture between MTDC and a renowned vaccine company in Australia (Arthur Websters). This has made a history in Malaysia. Her two vaccines are now sold in 19 countries. They also developed rapid diagnostic methods for avian influenza (bird flu), which is a zoonotic disease, Newcastle disease and mycoplasmosis.

She is also very active in professional associations, nationally and internationally. Among others, she was the Deputy Chairman for Veterinary Association Malaysia Education Trust Fund, Honorary Treasurer for World Poultry Science Association (WPSA) Malaysia, and the Founding President of World Veterinary Poultry Association (WVPA) Malaysia. In 2013, she was inducted as one of Inaugural members of Hall of Honour, WVPA and elected as Vice President WVPA, in 2015.

In recognition of her scientific contributions, Aini was selected as Fellow Academy of Sciences (FASc) Malaysia, in 2008, Founding Fellow of Malaysian College of Veterinary Specialists (FMCVS) and Fellow of Malaysian Scientific Association (FMSA). In October 2011, she was elected as Fellow of the Islamic World Academy of Sciences (FIAS). She also won various awards nationally and internationally.

Aini has held various administrative positions in UPM. Currently she is the Vice Chancellor, of Universiti Putra Malaysia.

Professor Dato’ Dr. Mohd Hair bin Bejo obtained his DVM (1985), PhD (1990) and Post-doctorate trainin (1993) from Universiti Putra Malaysia (UPM), University of Liverpool and at University of Georgia, USA. He is Professor of Veterinary and Avian
Pathology,and Dean Faculty of Veterinary Medicine UPM, Fellow of Academy Science Malaysia and Chairman of MyOHUN.He is President of AITVM, WPSA (Malaysia Branch) and MCVS, and Treasurer of AAVS. He was bestowed with several research awards such as Merdeka Award (2018), WVPA – MerialInnovation in Vaccine Award (2016), National Academic Award (2011), Public Sector Quality Award (2008) and recognised as the Top Research Scientists Malaysia (2012).
He was awarded international (USD2.6 million) and national (RM5.4 million) project grants as Principal Investigator. He has published 206 papers in journals (h-Index 21), commercialised 2 research products and has 12 Intellectual Property. Under his supervision 48 PhD and 43 Masters wassuccessfully graduated.

Prof. Maxim Khomyakov is a vice-director of St.Peterburg campus of HSE University (St.Petersburg, Russia) and a director of the BRICS studies centre at Ural Federal University (Ekaterinburg, Russia). He was a vice-president (international affairs) at Ural Federal University, from 2009 up to 2017. Prof. Khomyakov was a visiting scholar in a number of the universities, including Texas A&M University (2002; USA) and European University Institute (2007-2008; Florence, Italy). Since 2015 Prof. Khomyakov has been actively involved in establishing university collaboration in BRICS countries, and especially in establishing the BRICS Network University (nu-brics.ru). Prof. Khomyakov is a head of Russian National Coordinating Committee and a member of International Governing Board of the BRICS Network University. His research interests include theory of modernity, theory of toleration, Russian philosophy of nineteenth century and theory of higher education. His works include several books and more than 60 scholarly articles. 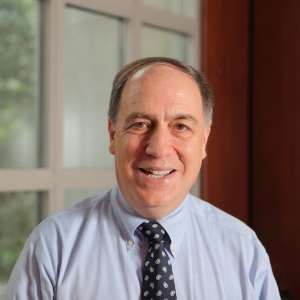 Dr. Gary Koretzky is the Vice Provost for Academic Integration and Director, Cornell Center for Immunology, and Professor of Medicine at Weill Cornell Medical College. Dr. Koretzky received his undergraduate degree from Cornell University and his MD and PhD (Immunology) from the University of Pennsylvania in 1984. He then completed clinical training in Internal Medicine and Rheumatology at the University of California, San Francisco, followed by faculty positions at the University of Iowa, the University of Pennsylvania, and Cornell University. Dr. Koretzky’s research focuses on the development and function of the immune system. His group is credited with elucidation of some of the key pathways required for activation of immune cells as they function to protect the host. He has held numerous leadership positions in various academic centers including Chief of Rheumatology, Director of Physician Scientist Training Programs, Vice Dean for Research, Dean of Graduate Education, and now Vice Provost. Dr. Koretzky has been recognized for his contributions in academic medicine with election to the National Academy of Medicine and the American Academy of Arts and Sciences and served as President of the American Society for Clinical Investigation. In 2021, Dr. Koretzky will be President of the American Association of Immunologists. 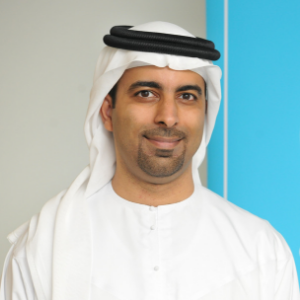 Dr.Habib obtained his medical degree in 2001 from the Royal College of Surgeons in Ireland. Thereafter he worked in his home country (UAE) government medical sector for 9 years during which he obtained 2 Masters & 1 PhD in Family Medicine specialty & Occupational Health specialty. In 2010 he joined the UAE telecom operator “du” where he established an in-house occupational health staff clinic and a dedicated Wellness & Happiness department. In 2012, Dr Habib became the regional chair for the international association of worksite health promotion (IAWHP). In 2017, Dr Mansoor graduated from 2 leadership programs organized by the UAE Prime Minister Office. The executive leadership program in collaboration with Oxford University & The Happiness program in collaboration with Wharton University. In addition he is the country’s wellness advocate in various media platforms.

Dong-Churl Suh is a Director at Hanmi Pharmaceutical Co. Ltd. He was a tenured professor and Director at Rutgers University School of Pharmacy in the USA.

Dr. Suh’s research interests include cost-effectiveness of drugs and drug therapies and regulatory issues related to the pharmaceutical industry. Dr. Suh has developed many fellowship programs in Pharmacoeconomics and Outcomes Research for pharmacy students and directs internships and independent studies.